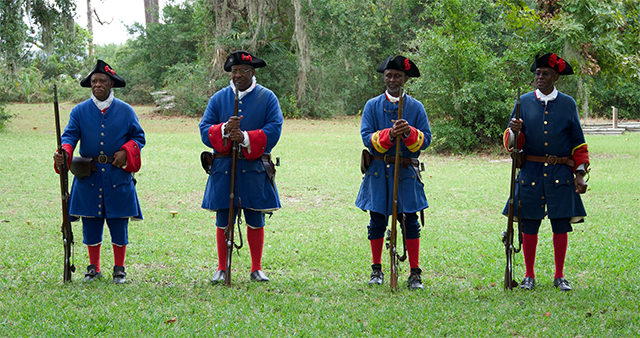 The Beginnings of Fort Mose

More than 300 years ago, courageous Africans escaped from enslavement in British colonies. They fled southward on foot to Spanish St. Augustine, crossing swamps and dense tropical forests. Along they way, they sought assistance from Natives, thus creating the first ‘underground railroad’.

Not all survived. Those who reached St. Augustine were granted asylum by the Spanish government. It was a unique offer—freedom, in exchange for conversion to Catholicism and, for men, a term of military service.

By 1738, more than 100 freedom seekers had achieved asylum. In that year, a fortified town named Gracia Real de Santa Teresa de Mose was constructed on St. Augustine’s northernmost border. Fort Mose became the site of the first free black community in what is now the United States.

A formerly enslaved African led the free black militia of Fort Mose. His name was Captain Francisco Menéndez. For years, the warriors valiantly protected St. Augustine. However, when Spain ceded all of La Florida to England in 1763, the citizens of Fort Mose once again faced enslavement. They abandoned the fort and sought safety in Spanish Cuba. 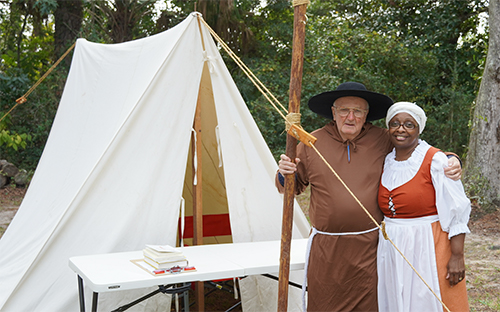 Over the years, the Fort Mose site was swallowed by marsh, and the important legacy of its community was largely forgotten.