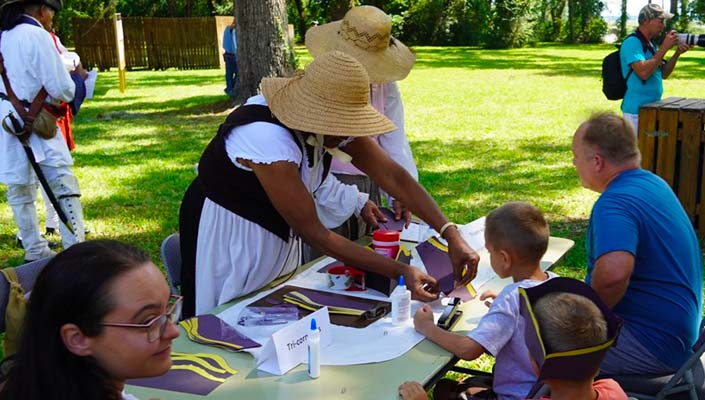 Fort Mose was founded in March 1738. Community citizens labored long hours during the summer and early fall of that year, building their homes and a fort, planting first crops, and tending livestock. They survived on food rations provided by the governor of Spanish St. Augustine until they were able to harvest food from their own gardens.

Throughout the day, visitors will witness lively demonstrations by the Fort Mose militia. Many special activities are offered for children and youth such as junior militia training and the making of pottery, beaded leather jewelry, corn husk dolls, and tri-corn hats.